Characterizing the Light-Scatter Sensitivity of the CytoFLEX Flow Cytometer

Extracellular vesicles (EVs) and other biological nanoparticles (NPs) generally fall within the optical noise of light-scatterbased detection methods, and most flow cytometers are not sensitive enough to effectively detect NPs less than 300nm in diameter. The CytoFLEX is a notable exception to this: it is so sensitive that the SSC detector actually has an attenuation filter to reduce 95% of the scatter signal, adjusting it to a range useful for cells. As an alternative, Violet SSC (VSSC) can be used to bring the CytoFLEX sensitivity well into the nanoparticle range.

In order to better characterize the biological threshold sensitivity of the CytoFLEX using VSSC, we analyzed a variety of NPs of different compositions, including viruses and purified plasma EVs. After acquisition, the median scatter intensity for each EV sample was converted to size or refractive index (RI) using Mie theory. 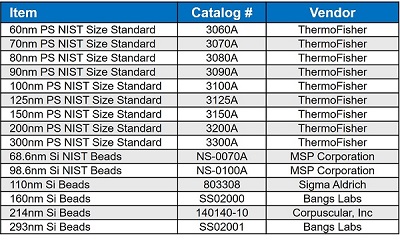 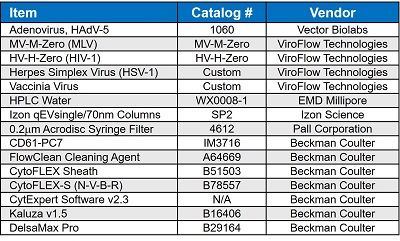 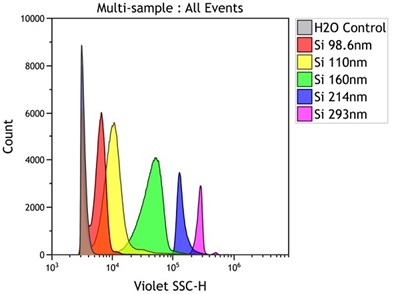 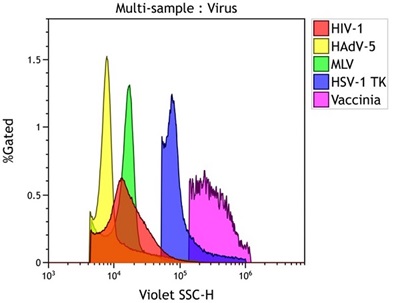 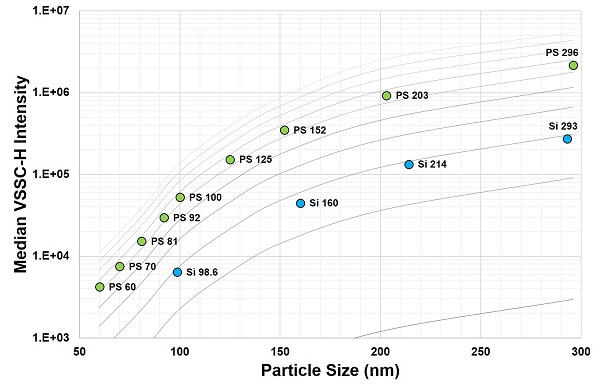 Characterization of the Light-Scatter Sensitivity for Detecting Extracellular Vesicles 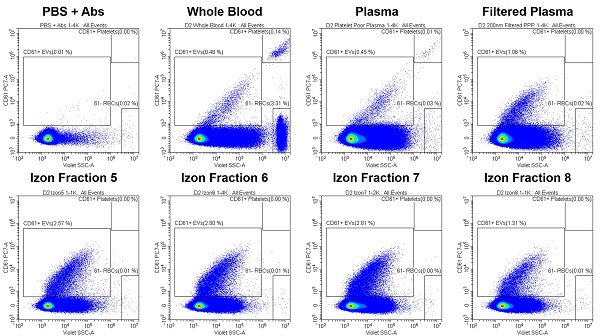 Analyses of Light Scatter vs. Size for Plasma EVs

Ultimately, the CytoFLEX is highly sensitive for nanoparticle detection. We found that the CytoFLEX could fully resolve 70nm PS and 100nm Si NPs, as well as 95nm Adenovirus, 100nm HIV-1, and 110nm MLV. Moreover, we were able to detect platelet EVs at least as small as 65nm in diameter using only a VSSC trigger and CD61 labeling to identify the population. Further analysis revealed that the RI of the smallest EVs increases with decreasing diameter, expanding the lower range of EVs detectable by light scatter. This effect has been observed in literature.

The CytoFLEX is for Research Use Only. The Beckman Coulter product and service marks mentioned herein are trademarks or registered trademarks of Beckman Coulter, Inc. in the United States and other countries. All other trademarks are the property of their respective owners.