Typically, the back page of any analytical instrument’s data sheet reveals a bewildering array of specifications. Air Particle Counters (APC) are no different. Many of the parameters used to define APC performance are relatively easy to understand, for example, flow rate. Others such as coincidence loss are far less intuitive. However, the one parameter that stands alone as the champion of confusion is counting efficiency. The purpose of this paper is to present counting efficiency in terms that are easy to understand.

What exactly is Counting Efficiency?

To understand APC counting efficiency it is first necessary to examine the basic principle behind APC calibration, which involves passing a continuous stream of standard, mono-sized, standard particles through the APC sensor. This results in a stream of electrical pulses, each pulse being proportional to the size of each particle. The mono-sized standard particles produce a distribution of pulse heights, the median of which is typically regarded as the appropriate channel calibration threshold for that size. This calibration method is required by ISO 21501-4.1 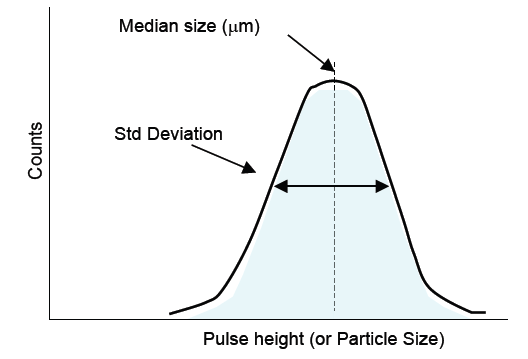 By calibrating an APC in this manner, a single particle having exactly the same size as a given channel’s counting threshold, would have a 50% probability of being counted in that channel as it passed through the APC sensor. As a result, APCs calibrated this way are by definition said to have a counting efficiency of 50%. However, for all particles even slightly greater than a given channel threshold, the probability of being counted in that channel quickly rises to 100%.

Figure 2. Particles greater than the size channel threshold are all counted with 100% efficiency

In practical terms, when examining the data sheet of an ISO 21501-4 compliant APC with a minimum sensitivity of 0.3 μm, one would expect to see the parameter of counting efficiency specified similar to the following:

Unfortunately, without understanding counting efficiency terminology, this may lead the reader to believe that the APC will only count half of the 0.3 μm particles in a real sample. This is not true! In fact, all particles greater than 0.3 μm will be counted. Furthermore, to add to the confusion, the reader may also believe that the next channel (0.5 μm in this example) has a counting efficiency of 100% since 0.5 μm is greater than 1.5 times the minimum sensitivity. Again, this is not true.
The fact is, ALL channels in a properly calibrated APC will, by definition, have a counting efficiency of 50%. Further, detection of particles greater than each channel threshold will be 100% for that channel (see Figure 2).

It was stated above that APC calibration involves passing a continuous stream of standard, mono-sized particles through the APCs sensor. Figure 3 shows the APC first channel set to the mean of such a 0.3 μm distribution. This is typically referred to as the 50% point and is the basis of the statement that the counting efficiency equals 50%. 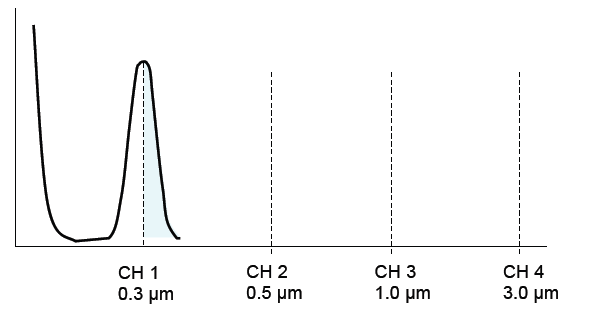 Figure 3. Threshold properly set for an APC with a minimum channel size of 0.3 μm

In Figure 4, one can see that the same APC, when challenged with 0.5 μm standard particles will also properly exhibit a counting efficiency equal to 50% for the 0.5 μm channel.

Figure 4. All channel thresholds set to the mean of standard sized particles per ISO21501-4 exhibit 50% counting efficiency regardless of the minimum channel size

Furthermore, because the resolution an ISO21501-4 compliant counter is narrow, it is easy to differentiate between 0.3 μm and 0.5 μm particles. As a result, ALL of the 0.5 μm standard particles will be sized as being greater than the 0.3 μm threshold and it can therefore be stated that 0.5 μm particles will be counted with 100% efficiency in the first channel (the 0.3 μm channel), not the 0.5 μm channel. 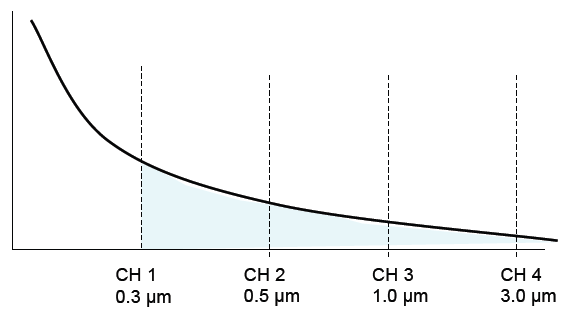 Figure 5. All particles greater than 0.3 μm are counted in the first channel 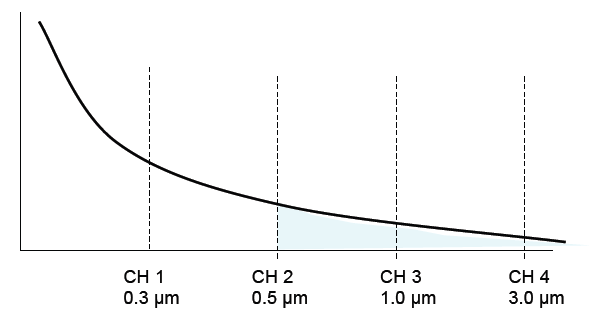 Figure 6. All particles greater than 0.5 μm are counted in the second channel

Regardless of the APC’s minimum specified size, all particles larger than the threshold are counted. Therefore, a particle counter specified with a first channel size of 0.5 μm will count 0.5 μm and larger particles with the same performance as a particle counter with a minimum specified size of 0.3 μm will count 0.5 μm. The specification for counting efficiency performance is independent of the minimum channel size.

This paper has demonstrated that an APC calibrated using standard particles per ISO 21501 or JIS B9921 will exhibit 50% counting efficiency at ALL channels regardless of the minimum channel size.

Furthermore, in air samples taken from real world situations, such as controlled environments or cleanrooms, all channels in an APC (calibrated to the aforementioned standards) will count 100% of the particles that are greater than the channel’s threshold size regardless of the particle counter’s minimum channel size.