Dynamic light scattering (data shown below) shows a difference between the lower two bands (ii, iii) in the vertical rotor (C,D). Furthermore, the density of those two bands, as measured by refractometry, is also different, suggesting a physical separation in particle fullness was achieved faster and more clearly in the vertical rotor than in other rotor types.

There is a clear improvement in resolution when using a vertical rotor (C,D) for isopycnic density gradient separations, as seen by the emergence of a third band. Furthermore, banding occurred in the vertical rotor in less time because it approaches equilibrium faster than the other rotor types (A,B) due to its shorter path length. 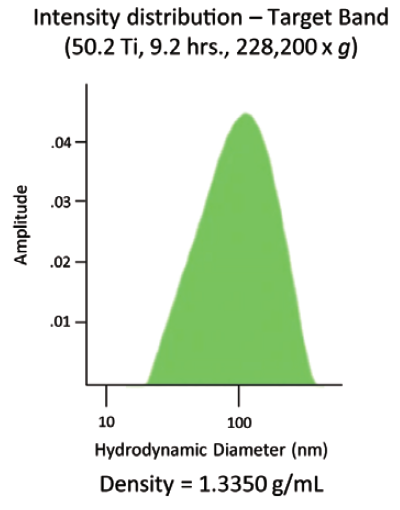 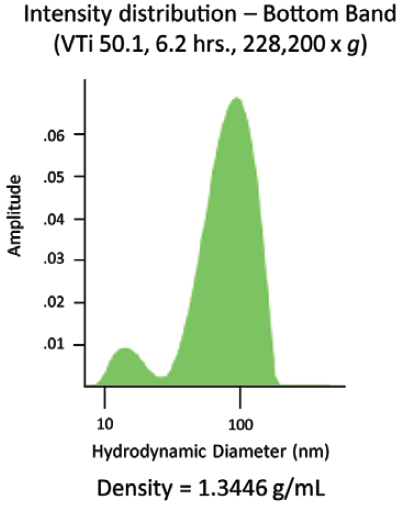 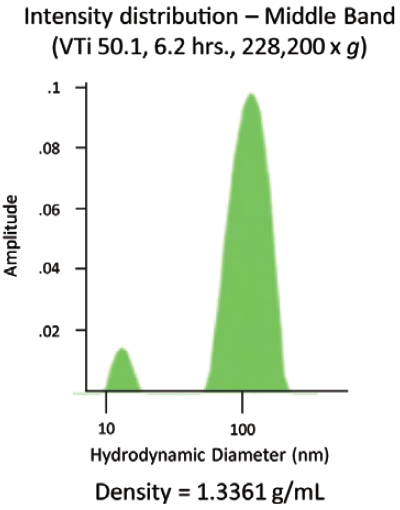 Discussion: Why do vertical rotors have better resolution?

Just as a magnifying glass magnifies a small field of vision, a shallow density gradient magnifies the slight differences between empty, partial, and filled capsids.

The density gradient in fixed angle, near vertical, and vertical rotors reorients once the tube is at rest so that the bands are horizontal.

When bands reorient, the volume of solution between bands remains the same. Given that 39 mL tubes are 3.5x taller than wider, the distance between the bands in VTi rotor-spun tubes expands 3.5x when at rest. By contrast, the rotor itself reorients when using a swinging bucket rotor. The density gradient will therefore not reorient, and the distance between the bands will remain as it was when in the centrifuge. 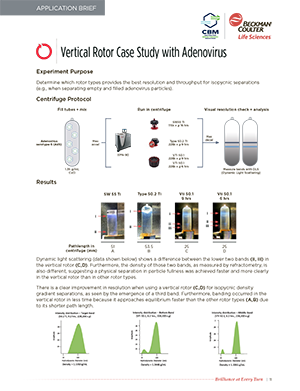