Protein digestion and analysis by mass spectrometry is an essential process in numerous proteomic approaches such as biomarker discovery. However, the sample preparation can be tedious and error prone. Automation can relieve the burden of sample preparation while also reducing the variability between users and across experiments. We have previously described the automation of a proteomic sample preparation using a Biomek NXP Span-8 Workstation1,2. Here we demonstrate how this workflow has been streamlined and transferred to the Biomek i7 Workstation (Figures 1 and 2). 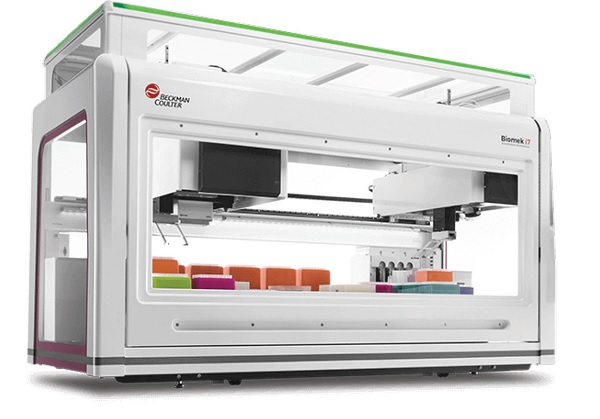 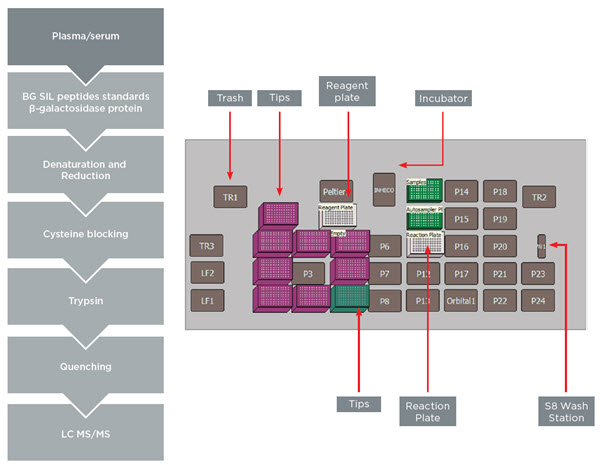 Figure 2. Proteomic sample preparation steps are outlined (left) and the deck layout of the i7 hybrid workstation

As described previously in Fu et al (2017), we used plasma samples as the starting material of the workflow. The sample preparation workflow included, denaturation, reduction, cysteine blocking,
Trypsin digestion and quenching (Figure 2). The length of the original Biomek NXP Span-8 workflow was reduced from 9 transfers to 6 transfers through the combination of reagents (Figure 3). When
preparing the reagents the Guided Labware Setup of the Biomek Method Launcher calculates the reagent volumes based on the sample number and displays the reagent preparation instructions in a user friendly graphical interface (Figure 4). Transfers were carried out using the enhanced selective tip pipetting of the Multichannel 96 head. This provides flexibility to increase sample throughput without increasing the time it takes to do the transfers. In addition, the pipetting techniques for the reagents are optimized for the multichannel head, which was used throughout the workflow. 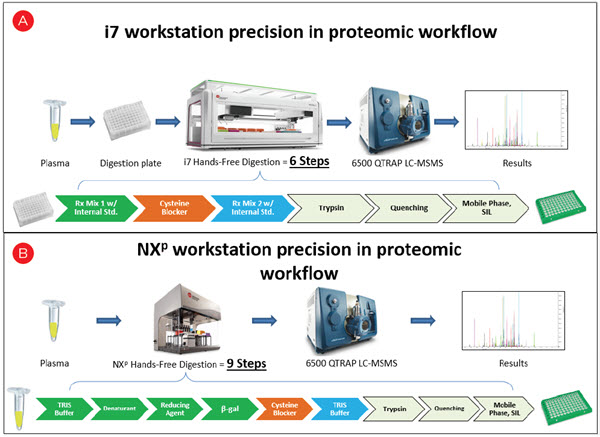 Figure 3. Improvement of the Biomek i7 hybird proteomics workflow (A) compared to Biomek NXp workflow (B) 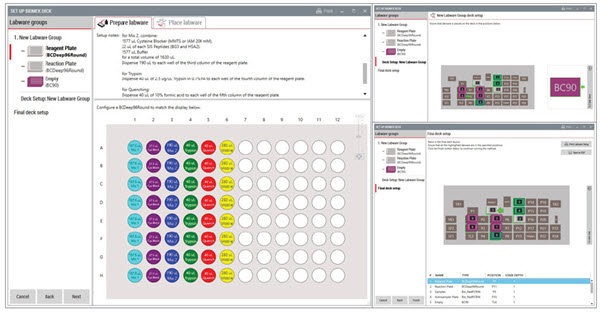 Previously, on-deck denaturation and trypsin digest incubations were performed on a shaking Peltier device, and evaporation was controlled through the use of a Slit plate seal (BioChromato, USA) 1, 2. However, for optimal heating, the Peltier requires an adapter specific to a given plate type, and the cross-hatched seals or the plate itself may be pulled up when the plate is accessed by all 96-channels in the absence of a clamping mechanism. In the current workflow, we switched to an enclosed ondeck Incubator Shaker DWP (Inheco, Germany), eliminating the need for plate seals and enhancing the flexibility of the system to work with different plates.

Using this improved automated method, we used targeted LC-MS/MS to access the proteomic sample preparation reproducibility and robustness. First, we carried out the workflow using the column 1 and column 3 of the deep well plate to identify the possible edge effects. (Figure 5) shows the good reproducibility (10-20% CV) obtained within and between columns regardless of the column location. Then, the entire digestion workflow was evaluated each day for three days (Figure 6). In all three days, we observed high reproducibility, the average total %CV (i7 % CV + LCMS % CV) being in the range of 10-20% and i7 % CV between 5-10%. 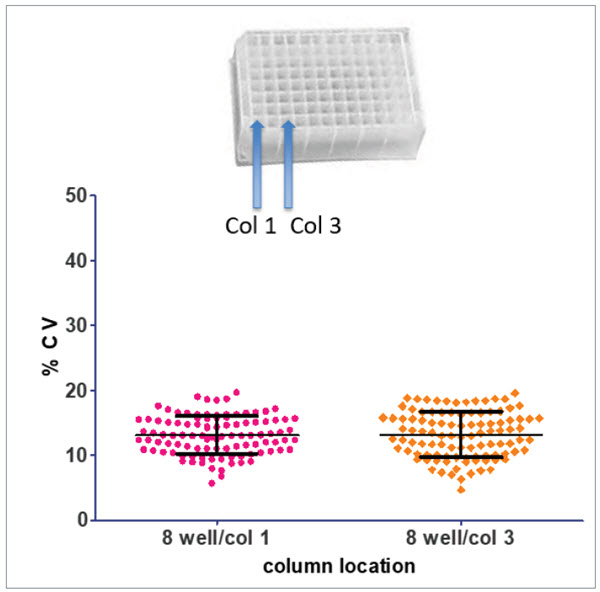 Figure 5. Reproducibility of Biomek i7 hybird proteomics sample preparation workflow between and within sample-well columns 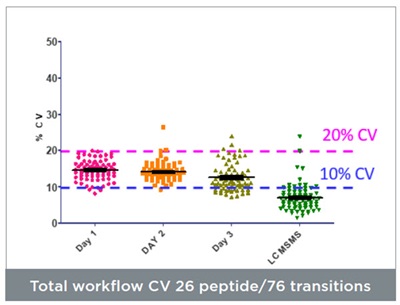 In summary, successfully demonstrate the automation of a streamlined protein digest workflow on the Biomek i7 hybrid Workstation. Reproducible quantification of peptides was observed across sample wells, replicates and days indicating the broad applicability of this approach. The high deck capacity of Biomek i7, use of on-deck devices and the selective tip feature of the multichannel head gives the flexibility for both low- and high-throughput applications and increases the efficiency of the digestion.