Laser diffraction measurements capture information about particle size distribution by measuring scattering intensity as a function of the scattering angle, wavelength and polarization of light based on applicable scattering models. This is an absolute method that doesn’t require calibration. Laser diffraction offers a number of advantages, including ease-of-use, fast operation, high reproducibility and broad dynamic size range—spanning almost five orders of magnitude, from nanometers to millimeters.

Over the past two decades, laser diffraction has replaced conventional methods, such as sieving and sedimentation to size particles smaller than a few millimeters, and has replaced optical and electron microscopy for larger particles (>50 µm).

Initially, particle sizing by laser diffraction was limited to the use of the Fraunhofer diffraction theory. Today, laser diffraction analyzers go beyond simple diffraction effects. General approaches are now based on the Mie theory and the measurement of scattering intensity over a wide scattering angular range is employed. Additionally, non-laser light sources are often used to complement the main laser source to gain additional characteristic information about submicron-size particles. 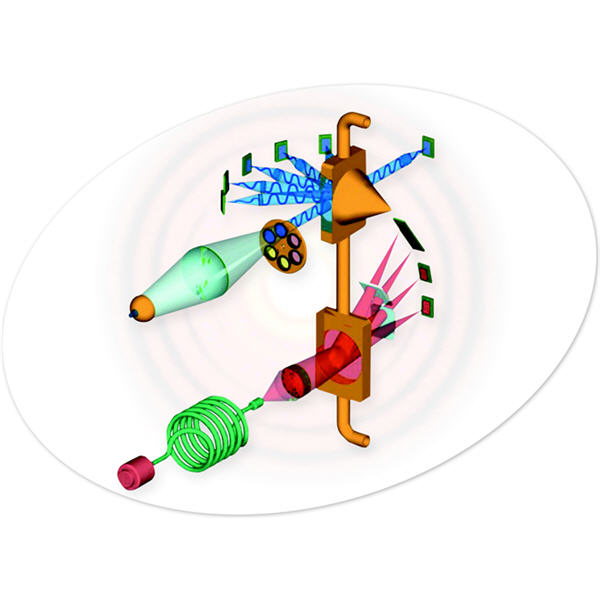 The process begins with a light source that generates a monochromatic beam. After passing through several optical components, the raw beam creates an expanded, collimated beam that illuminates particles in the scattering volume. The particles scatter light, generating unique angular scattering patterns.

These scattering patterns are transformed into a spatial intensity pattern that is detected by a multi-element photo-detector array. A photocurrent is subsequently processed and digitized, creating an intensity flux pattern that is converted into a particle size distribution.

Some industrial particles are non-spherical, but the scattering effects from the corners and edges of these particles are smoothed out due to the tumbling and rotational motion of sample circulation during measurement. This allows for the application of either the Mie or Fraunhofer theory to systems with one parameter: diameter. This method yields only apparent values, and it’s important to realize the "size" obtained from most particle sizing technologies (laser diffraction included) may differ from the real dimension. To date, spherical modeling is the only feasible choice for commercial instruments designed for sizing a wide range of samples, regardless of real particle shape. 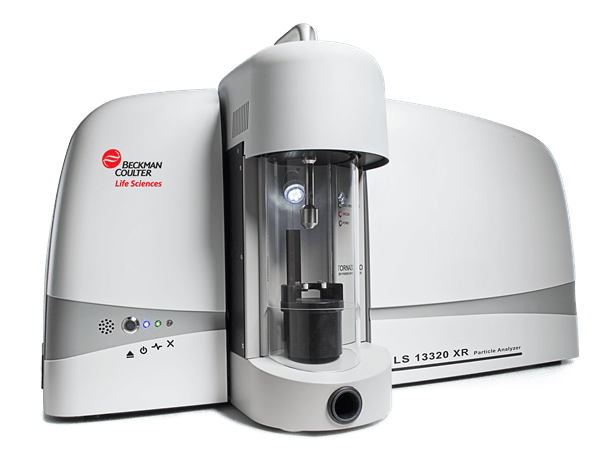 Use for particle size analysis

Use for particle size analysis