Error Prevention at Start Up, Cleaning and Worklist Generation

The AQUIOS CL system employs several features that work to prevent errors during startup, cleaning, and worklist generation. These prevention methods can be broken down into the following:

Autocleaning is a function integrated directly into the AQUIOS system. The AQUIOS CL flow cytometer continually monitors and detects potential clogs and/or air bubbles in the flow cell. Upon detection of a potential clog or bubble in the flow cell, the system aborts the sample run and activates an autocleaning cycle. Once this cycle is complete, the system will rerun the aborted sample. Autocleaning reduces the potential for low precision and erroneous results. In addition, autocleaning reduces the need for sample reruns.

Test Requests to and from the LIS

Not only does the built-in LIS ensure automatic transfer of test requests reducing transcription errors, but no middleware is required. Different user access levels ensure that operators can only work on areas that align with their level of experience with the system. 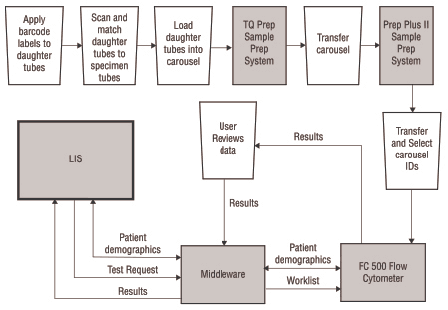 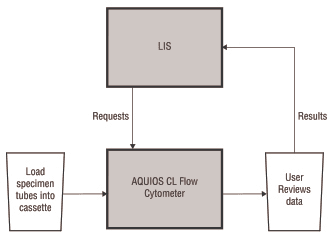 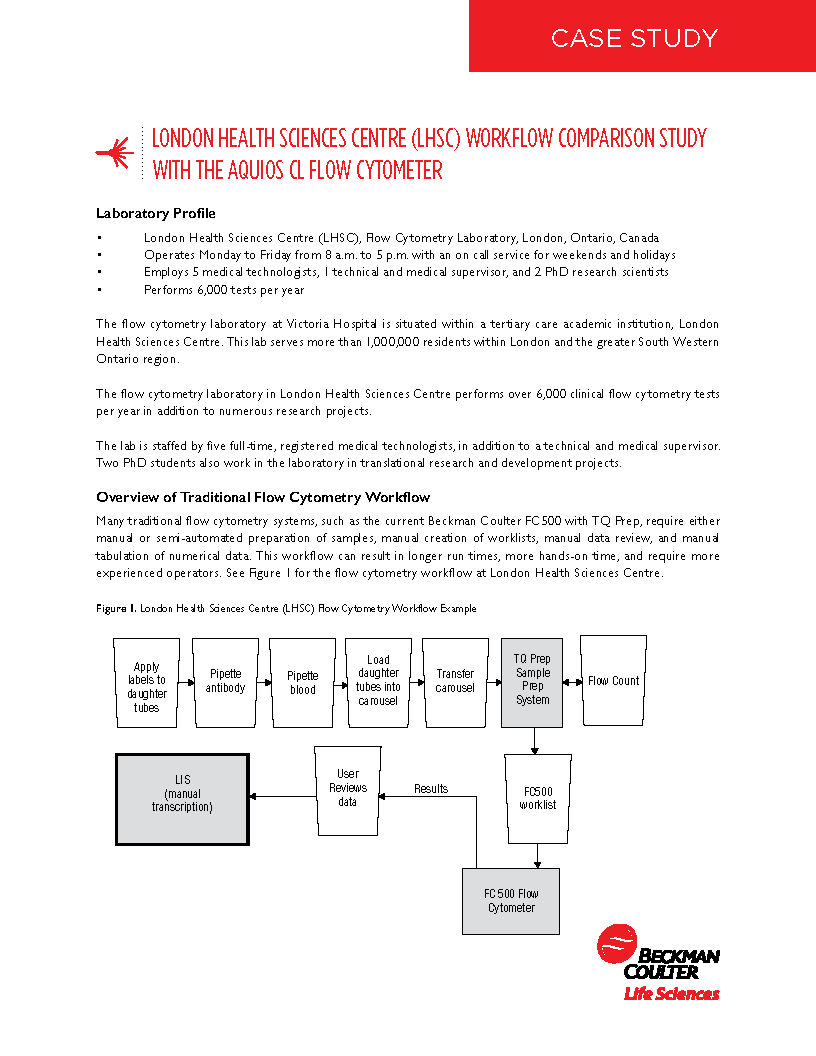 Monitoring CD4 lymphocyte counts is essential in providing critical information that impacts patient care. CD4 monitoring allows caregivers to know when the disease transforms and stage its progression so they can implement the most appropriate intervention..

In the clinical management of immune deficiency diseases, accurately counting the absolute cell numbers of leukocyte subsets and measuring the percentage of individual subtypes in blood is critical.

Based on this study, the AQUIOS CL instrument with Tetra application provides accurate results for recovery of the T, B and NK lymphocyte subsets in clinical and normal specimens collected into the EDTA K3 tubes when stored at room temperature for up to 24 hours.

The AQUIOS CL system employs several features that work to prevent errors during startup, cleaning, and worklist generation, including Autocleaning, Test Requests to and from the LIS and Creating Worklists.