Red blood cells (RBCs), also known as erythrocytes, are small biconcave cells that make up 40-45 % of the total blood volume. The primary functions of these cells are the transport of oxygen (O2) to tissues, and carbon dioxide (CO2) to the lungs, maintaining the systemic acid base balance by secreting the enzyme carbonic anhydrase that helps in changing the form of CO2 in blood.1 Recently, their roles in nitric oxide (NO) metabolism and cardiovascular hemostasis have also come to light.2

RBCs are formed by erythropoiesis from hematopoietic stem cells (HSCs) in the bone marrow. They are then released into the circulation after seven days of maturation, where they have a lifespan of 100-120 days. As they age, they become smaller and lose their flexibility, until eventually they are removed from circulation by phagocytic macrophages in the spleen, liver, and bone marrow.

RBC production is controlled by erythropoietin, a hormone primarily released by the kidneys. Almost 1 % of RBCs are replaced every day, equivalent to 2-3 million per second. An absolute count of reticulocytes – immature red blood cells – in the blood is a reliable marker for erythropoiesis and is used for the differential diagnosis of anemias and pancytopenia.

RBCs unique discoid shape provides a large surface area to allow efficient diffusion of gases. They characteristically do not have a nucleus, which allows them to accommodate a third of their mass as hemoglobin – a protein that binds oxygen – in the cytoplasm. The RBC membrane is made up of a phospholipid bilayer on an underlying two-dimensional cytoskeleton, made mainly of spectrin, actin, band 3, protein 4.1, and ankyrin. This makes the membrane deformable and malleable so that the cells can move through capillaries as small as 2-3 µm in diameter, giving RBCs their unique rheological properties.

Erythrocytes also have natural antigenic proteins on their surface which characterize blood groups, for example, the ABO blood group system. Antibodies to these may form during pregnancy or blood transfusion leading to fetal anemia or hemolytic disease of the newborn and crossmatching problems respectively. 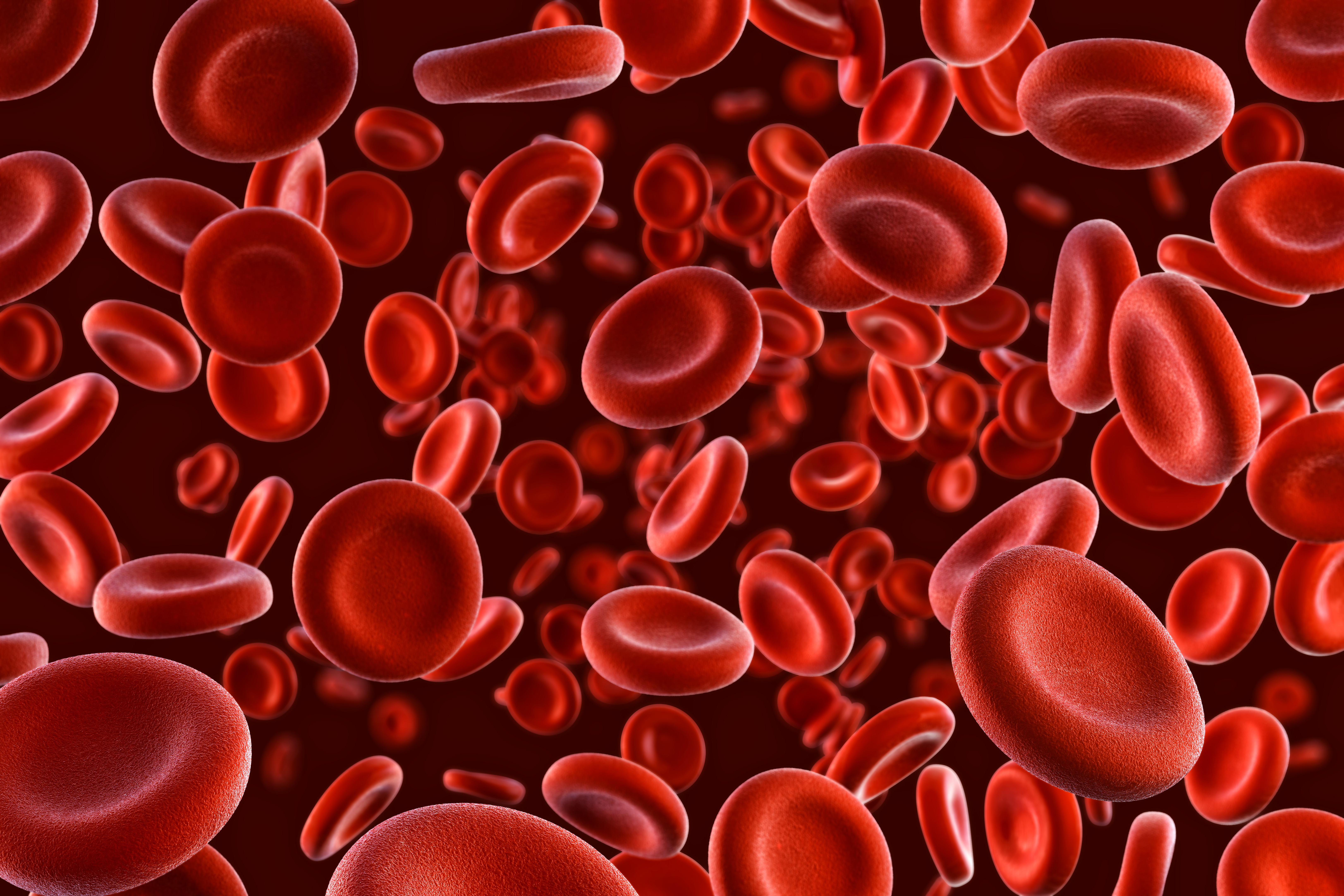 The main function of erythrocytes is to transport O2 to tissues and return CO2 to the lungs; however, they have also been linked to the regulation of other physiological activities, such as vascular contraction, platelet aggregation, and T cell growth and survival.3 Anemia is the main clinical consequence of disorders of erythrocytes caused either by a deficiency at a production level, for example, iron deficiency anemia, or an intrinsic defect, such as thalassemia.

It has recently become apparent that RBCs are involved in the regulation of vascular tone, by the release of nitric oxide (NO) and adenosine triphosphate.2 Studies have also shown that changes in RBC function – such as increased adhesion capability, increased formation of reactive oxygen species, altered protein content, and enzymatic activities – can be implicated in cardiovascular conditions, especially in association with diabetes mellitus. This suggests that interventions that increase the export of NO, inhibit RBC arginase activity, or reduce oxidative stress to red cells, could potentially counteract endothelial and cardiac dysfunction.4

In health, RBCs do not adhere to each other or the endothelium, however, in hereditary pathologies including – but not limited to – sickle cell disease (SCD), and hereditary spherocytosis, they tend to aggregate, leading to vaso occlusive events, impaired oxygen delivery to tissues, and potentially organ failure. Exploring mutation-dependent alterations in molecular signaling pathways and related clinical effects can help in the development of robust treatment strategies, for example, gene editing therapy.5

Flow cytometry can be used to assess erythroid cell maturation, osmotic fragility, and changes in the shape of erythrocytes that are associated with disease states. Infectious diseases, such as malaria, cause loss of the normal discoid shape and increase the rigidity of the membrane of the host red cells. In malaria, flow cytometry can be used to directly detect and examine erythrocytes containing parasites, providing insights into the development of anti-malarial chemotherapeutics.7

Early erythroid cells are nucleated and express CD71 and CD235a on their surface; as cells mature and migrate from the bone marrow to the periphery, they lose their nucleus and become reticulocytes, still containing ribosomal RNA, which is then lost roughly together with CD71 expression. The absence of CD45 – which is otherwise present on all differentiated hematopoietic cells – can be used as a negative marker for red blood cells.6