About half of blood volume is made up of circulating cells – a diverse group involved in oxygen transport and hemostasis, as well as playing a central role in immunity. In normal peripheral blood, red blood cells account for approximately 95% of the total cell count, being about 15-fold more abundant than platelets, and 1000-fold more abundant than white blood cells.1 Normal blood cells last for a limited time – ranging from a few hours to a few days for white blood cells, to about 120 days for red blood cells – and must be replaced constantly depending on the body's needs. Changes in the relative composition of each cell type in the blood can occur naturally, for example in response to infection, physical exercise or medication. In certain cases, abnormal cell counts, or the production of dysplastic cells, can result in blood disorders such as anemia, blood cancers or bleeding disorders, including hemophilia or blood clots.

All blood cells originate from hematopoietic stem cells (HSCs) through a process known as hematopoiesis. As HSCs proliferate, they progress through a series of lineage commitment steps. One of the earlier steps determines the myeloid versus lymphoid cell lineage, the two major lines of hematopoietic progenitor cells (HPCs).2 Myeloid HPCs go on to become monocytes, macrophages, neutrophils, basophils, eosinophils, erythrocytes, megakaryocytes, and platelets. Lymphoid HPC-derived cells include T cells, B cells, natural killer cells, and innate lymphoid cells. Both lines lead to the formation of dendritic cells.3 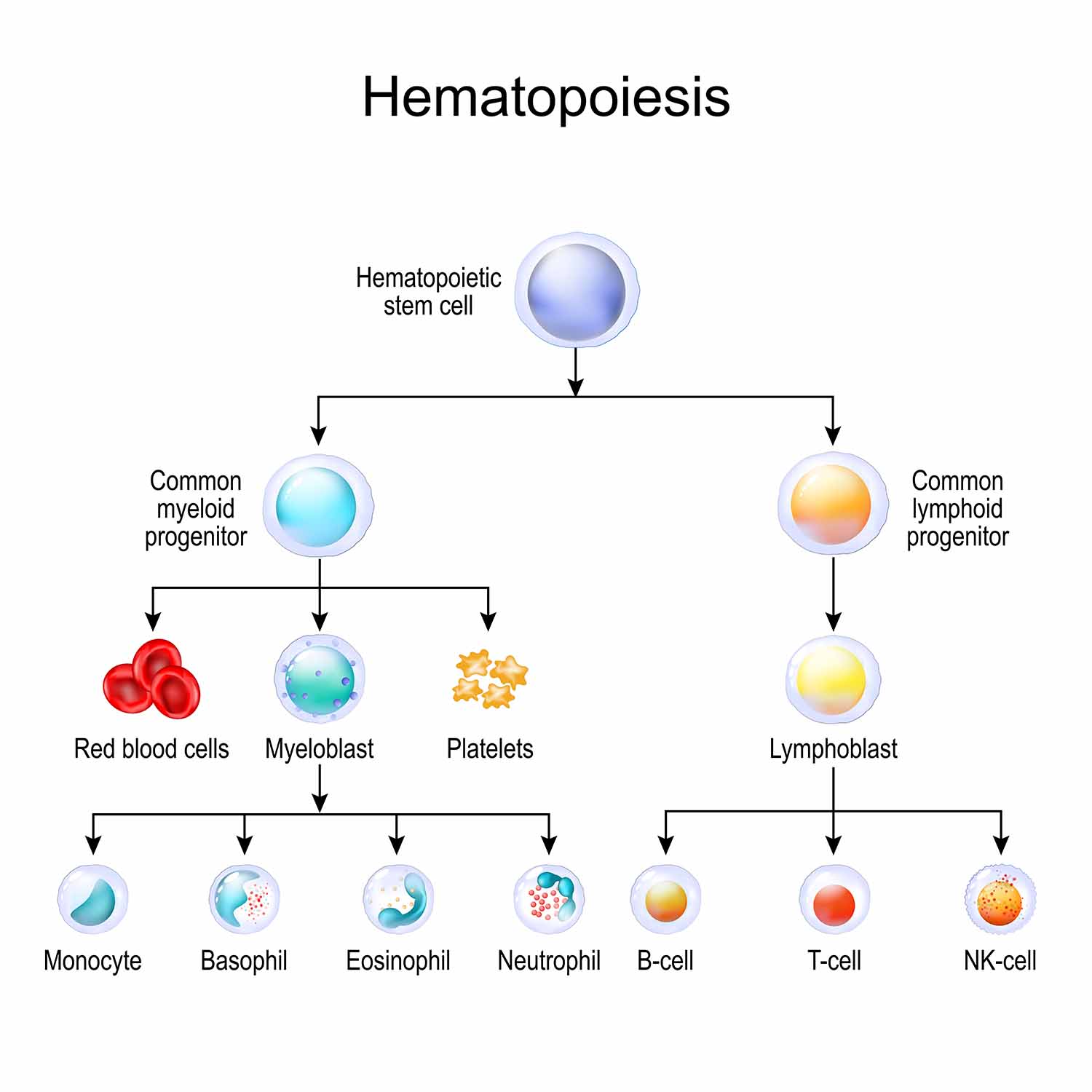 Hematopoiesis must balance the sheer volume of cell production – the average person generates around 1011-1012 blood cells every day – with the need to regulate the number of each cell type in the circulation according to the actual physiological demand. It is believed that this is carefully controlled by growth factors, colony stimulating factors, and other features of the hematopoietic microenvironment, which determine the fate of HSCs as they differentiate.4

Learn more about the science behind many of our instruments