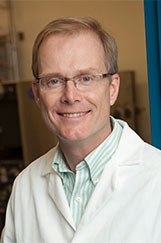 For nearly 40 years, it seems the promise of gene therapy has repeatedly taken a step forward, followed by two steps back.

Thanks to scientists such as Dr. Johannes (Han) van der Loo, that may be about to change.

Considered a pioneer in developing production models for viral vectors, Dr. van der Loo sees only forward momentum for gene therapy in the coming years. And he’s not alone.

That’s impressive growth for a field of research which, to date, has produced just five therapies that have been approved for use—only one of which has been commercialized outside Asia (and then only in the EU).2

Dr. van der Loo, however, points out that new gene therapies are in late stages of development, with more in the pipeline around the globe.

And it’s forward momentum for gene therapy that will continue to drive important research into the development of safe viral vectors for delivering life-saving treatments in the future.


Categories and Types of Viral Vectors

1. Integrating viral vectors (e.g., gammaretrovirus and lentivirus), which integrate into the genome of the target cell and are therefore replicated in daughter cells after mitosis.

3. Non-viral vectors, such as plasma DNA.

Other common types of viral vectors include alphavirus, herpes virus and vaccinia.

When choosing a viral vector, according to Dr. van der Loo, first it’s important to decide if you need an integrating or non-integrating vector.

“If the target, for instance, is a hematopoietic stem cell that needs to divide and give rise to a large progeny,” he explains, “the integrating viral vector is the best choice because the integrated gene needs to be propelled into daughter cells. If the tissue consists of non-dividing cells, however, we can use a non-integrating vector.”

Additional considerations include the specificity of the viral vector, the type of cells being targeted, and the potential for toxicity and genotoxicity issues.

Since the finding in 2002 that some patients treated with gammaretroviral vector-mediated gene transfer developed leukemia due to insertional mutagenesis,3 the risk of genotoxicity has been a safety concern for cell-based gene therapy. This risk is associated not only with integrating retroviral vectors but also non-integrating vectors such as AAV.4 Although low immunogenicity of the AAV vector has so far caused no acute side effects, in several clinical trials it triggered immunotoxicity that could impede therapeutic outcomes.5,6

Finally, it’s important to take into account the viral vector’s in vitro and in vivo stability, as well as to determine the best process for safely producing and purifying it. And that’s where Dr. van der Loo and his associates come in.

“There are three basic ways to produce viral vectors: using a stable packaging cell line, using transient transfection, or using infection,” Dr. van der Loo explains. “For the latter, I’m referring to the baculovirus system developed by Robert Kotin when he was an investigator at the NIH. For the sake of simplicity, in this article I’ll focus on only the other two methods.”

He starts by outlining the basics: Using a stable producer line includes stably integrated Gag/Pol and envelope genes necessary to make the viral particle. What’s missing is the vector sequence itself, which is generally introduced in the form of a virus or plasmid. Because use of a plasmid is an inefficient method for getting a viral vector to integrate, they’re generally produced using a virus.

Manufacturing with a stable producing line is relatively simple and easy to scale up. In general, there’s little variability between lots, though this method is inherently less flexible.

“After you choose the viral vector and gene sequence, you’re locked in,” Dr. van der Loo says, “because by the time you select your clones and make your master cell bank, you can make no more changes.”

In contrast to using stable producer lines, transient transfection requires only three days, with all vectors generated from a single master cell bank.

“Thus, generation of a vector lot is relatively fast and extremely flexible, as the vector can be changed up to the point of manufacturing,” he says.

Manufacturing, however, is more complex and difficult to scale up than it is when using a stable producer line, and more lot variability is possible if the process isn’t adequately controlled. One reason for this is that the transient transfection process invariably includes plasmid contamination that must be removed during manufacturing and purification.

One method Dr. van der Loo and his colleagues use to purify viral particles is density-gradient ultracentrifugation, which effectively separates full from empty virions. As an iso-osmotic solution, iodixanol can be used for all densities required for this method.

Given the critical nature of the downstream application(s), using GMP for ultracentrifugation is a key consideration. It’s important to recognize that tubes and caps are provided as non-sterile items, and the sterilization method—be it gamma, ethylene oxide, or heat—can affect tube integrity.

“That’s why we always consult the chemical compatibility and sterilization information that’s provided with these materials,” he says. “And if this process is used for later-phase clinical trials, the method must be validated.”

He goes on to describe the basic purification process he and his colleagues have used:

“After we introduce the virus, which has the lightest density, we underlay it with various concentrations of iodixanol,” he says, “making sure the meniscus is just below the nipple of the tube.

“The tube is then sealed, and, after the spin, the virus collects in the 40% iodixanol band, lying on top of the 54% band. After we insert a needle into the top to break the vacuum, we use another needle to penetrate the side of the tube to harvest the virus.”

Because this is a non-sterile process, he notes, it’s important to sanitize the rotor prior to the run, and to wipe the tube prior to the vector harvest. Lastly, Dr. van der Loo advises filtration of the final product using at least a 0.2 µm filter.

He also notes that this process requires rigorous training, as it can be as highly demanding as it is highly effective. “We used it to successfully produce AAV vectors for a phase IIA clinical trial,” he says, “which required us to perform a total of 480 iodixanol gradients.”

Exploiting complex molecular processes shaped by millions of years of evolution—ours and the viruses—is not without its challenges, as Dr. van der Loo is the first to acknowledge.

“To begin with, it’s a tremendous challenge to identify and achieve the appropriate level of gene correction necessary for a specific disease,” he says. “This includes the copy number needed, the number of integrations for integrating the vectors, and the number of cells that can be transduced."

“Second, it’s important to define the expression level of the therapeutic gene; that’s generally affected by the choice of promoter—strong or weak—which determines whether we achieve high- or low-level expression."

“A fourth challenge is gene silencing, which is an important consideration for integrating vectors, the immune response to a vector (which affects the choice for route of administration), vector type and purity, and biodistribution."

“Finally, we must consider off-target expression, though we’ve learned that use of tissue-specific promoters can help address this challenge.”

After many years working in the field of gene therapy, what does Dr. van der Loo consider some of the most important lessons he’s learned?

“For early-phase clinical trials, it’s important to perform risk-based testing of all raw materials for critical performance criteria, and, if possible to set up a quality agreement with all material vendors.”

He’s also learned the importance of using a formalized technology process when transitioning processes from development to GMP. “And never underestimate the high level of technical training that needs to be conducted before you’re ready for manufacturing,” he notes.

“Finally, invest in scalable technologies for large-scale production. In some cases that might be ultracentrifugation, and for others, it may make sense to consider alternatives such as chromatography.”