As news about analytical ultracentrifugation began to spread worldwide, enterprising scientists in the 1930s began considering ways in which it might be improved.

Early in that decade, French chemist Émile Henriot developed a centrifuge that attained high rotational speeds via a bearingless top, driven by compressed air. This helped pave the way for use of the ultracentrifuge for sample preparation.

The 1930s also saw the development and adoption of a Schlieren optical system, which would dominate the application of AUC for decades to come.3 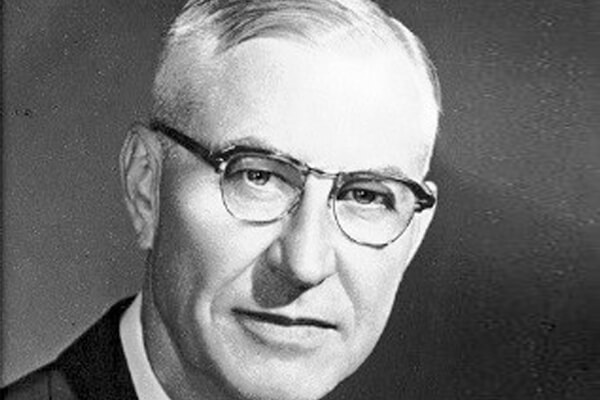 But by far the most important step forward in the progress of AUC began with American physicist Jesse Wakefield Beams, who, inspired by Henriot’s system, created what he called his own version of an ultracentrifuge. In truth, this new apparatus was adapted from one of Beams’ earlier creations, a high-speed camera.

This camera consisted of rapidly rotating mirrors mounted on conical spinning tops. As with Henriot’s centrifuge, his tops were driven by compressed air.

When he started to make the spinning tops hollow, however, Beams was indeed creating small centrifuges—though he called them ultracentrifuges owing to the high rotational speeds he achieved with some of his rotors (reportedly from 180,000 to more than 1 million RPM). Not surprisingly, such incredible speeds would heat the rotor, causing convection currents in sedimenting solutions. As Beams set about to solve this problem, one of his most promising students at the University of Virginia, Edward Greydon Pickels, also took on the challenge of refining Beams’ invention

By 1935, Pickels had solved the problem of overheated rotors by designing an instrument with a rotor that spun in a vacuum. (In contrast, Svedberg’s earlier design featured a rotor housed in a low-pressure hydrogen atmosphere.)1

With the convection current problem alleviated, Pickels’ ultracentrifuge, like Svedberg’s, could achieve forces approaching 1 million x g. This so impressed scientists from the Rockefeller Institute for Medical Research in New York that they hired Pickels to further develop the instrument for their use. He would go on to develop two different instruments: a preparative ultracentrifuge that was used primarily for concentrating viruses, and an analytical ultracentrifuge for determining particle sizes.

“Two types of centrifuges seemed essential,” Pickels wrote in 1937 about his work. “One, for the concentration and purification of viruses, and therefore capable of accommodating a relatively large amount of fluid; the other, with a suitable optical system, for the study of the physical characteristics of the viruses by determining their sedimentation constants in an intense centrifugal field.” 7

Working with his new Rockefeller Institute colleague Johannes H. Bauer, Pickels further refined his version of the analytical ultracentrifuge, which, like Svedberg’s, still operates much like today’s AUC instruments.

The chamber had two quartz windows to permit observation and photography of sedimentations. Each quartz disc was cemented into a circular brass frame, which was fastened to a steel plate. Rubber washers were used between the window frames and steel plates to form vacuum seals.

Above the top window, a section of metal tubing connected to the camera bellows and protected the window from dust while also shielding the camera system from stray light. For the timing of photographic exposures, an electromagnetic shutter was inserted in the optical light path above the bottom window.

With certain minor modifications, the optical systems adapted to the Pickels/Bauer air-driven ultracentrifuge were remarkably similar to those designed by Svedberg for his ultracentrifuge with an oil-turbine drive.7 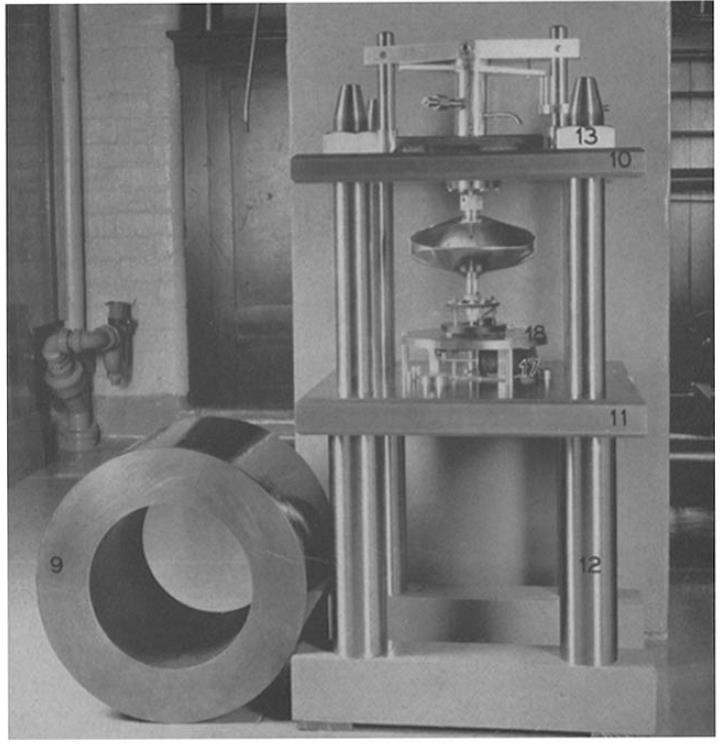 While Pickels and Bauer were working on their new AUC instrument design, Beams, too, was busily working on his own vacuum ultracentrifuge—with an eye toward marketing his design to other researchers.

Though his refined design was generally considered simpler and easier to use than others, Beams’ vacuum ultracentrifuge achieved limited distribution among scientists at that time. By 1937 it was being widely marketed, but it ultimately proved to be a commercial failure. Only a few years later, a Stockholm-based company began marketing Svedberg’s ultracentrifuge. It, too, was a commercial disappointment, most likely due to its $20,000 price tag.6

Beams, whose passion had always been physics, would go on to make a major contribution to science as a trailblazer in use of the ultracentrifuge to separate atomic isotopes of uranium, which earned him an important role as part of the Manhattan Project.

In life sciences, it would be Pickels, his former student, who would make some of the most important contributions to the history of AUC.

Nonetheless, after the underwhelming market response to analytical ultracentrifuges in America and Europe, an upward trajectory for AUC, it seemed, had stalled.

In fact, it would take about another decade for a commercially successful analytical ultracentrifuge to appear.