Hematopoietic progenitor cells and stem cells (HPCs, HSCs) are mainly defined by a CD45dim CD34+ phenotype. Multipotent progenitors (MPPs) can be identified by their phenotype of CD45RA- CD133+ CD38low/- CD10-, accompanied by CD90 expression in least differentiated hematopoietic cells. MPPs either differentiate into CD45RA- CD133- progenitor cells of the erythromyeloid lineage or become CD45RA+CD133+ lympho-myeloid progenitors and neutrophil and monocyte precursors. Acquisition of CD10 expression predominantly indicates commitment to the B lymphoid lineage. CD49f expression is considered indicative of a long-term repopulating fraction of HSCs. 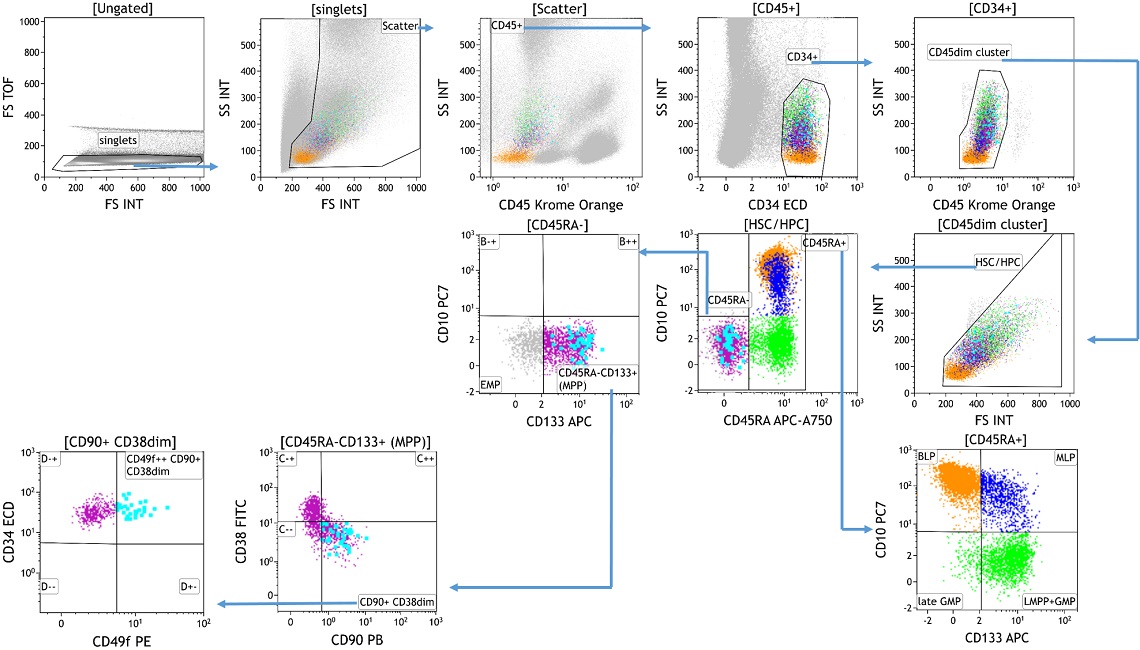 Identification of Hematopoietic Progenitors/stem Cells. The sample was prepared by staining bone marrow in a DURAClone SC Hematopoietic tube (Part Number C49589) following the protocol in the instructions for use and acquired on a Navios EX Flow Cytometer. Data was analyzed using Kaluza Analysis software and the gating hierarchy established according to the DURAClone SC Hematopoietic Instructions For Use.
Oops. The page you wanted could not be found, so we brought you to something similar. If you still can't find what you want, try searching our site instead.