Isolation and Characterization of Exosomes for Assays Approaches 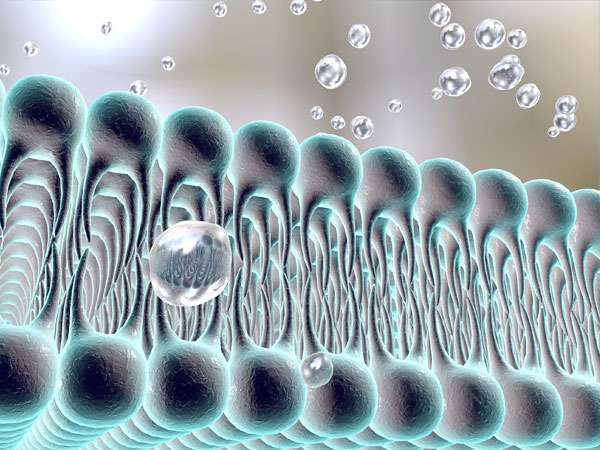 Isolation of exosomes can be technically challenging due to the persistence of contaminants such as microvesicles, lipoprotein particles, microbes, microsomes, protein aggregates, as well as DNA and other products of necrosis during the purification process.1 This makes it difficult to accurately characterize exosomes and use them for assays and other downstream applications.1Characterization of exosomes is not only important for understanding their properties and function, but identification of unique exosomal marker proteins can help establish a means by which samples can be evaluated for the presence of exosomes. Standardization of isolation methods has the potential to lead to improved exosome quantity and quality, and enhanced reproducibility of results obtained using exosome preparations. While exosomes have attracted attention for their potential role in disease diagnostics and therapeutics, determining the purity of exosomal samples is an absolute requirement before exosome technologies can be used in a clinical setting, as impurities in exosomal samples may have undesirable side effects. In the context of clinical diagnostics, contaminants in the sample could result in false negative or false positive results , leading to misdiagnosis of the patient.2

Exosomes are secreted by most cells types and, therefore, may be isolated from cell culture as well as bodily fluids, including plasma, urine, saliva, serum, and cerebrospinal fluid.3 Protocols for the isolation of exosomes have been tailored for each sample type by varying parameters such as speed of centrifugation, use of filtration and density gradients, and other techniques.1 The most widely practiced method of isolating and purifying exosomes from various sources is differential ultracentrifugation,4 in which a series of spins facilitates the stepwise reduction of contaminants, like dead cells, cell debris, platelets, proteins,  and nucleic acid complexes and aggregates, and other contaminants from the isolate,1 however, non-exosomal contaminants, like lipoprotein particles, viruses and bacteria, microsomes, DNA and products of necrosis (such as apoptotic bodies), and protein aggregates, may still remain.

Other techniques for exosome isolation, often used in combination with differential centrifugation, include: iodixanol density gradient, precipitation, ultrafiltration, immunoaffinity isolation, size exclusion chromatography, and microfluidics techniques.5 Each method has advantages and drawbacks, so attention should be given to selecting a method that best serves the downstream application. In addition, some isolation and purification methods may produce the highest yield of protein but render the vesicles non-viable for certain applications.5 For example, size exclusion chromatography has been shown to produce highly pure samples with relatively low contamination, cost, and processing time, however, the final sample may be significantly diluted, only one sample may be processed at a time, and the process can be labor intensive.5

Non-exosome content within a sample represents a significant challenge for the analysis of exosome characteristics, as well as to their utilization in assays and other approaches.1 Some contaminants that can be difficult to remove from vesicle preparations include lipoprotein particles, microbes, microsomes, protein aggregates,  as well as DNA and other products of necrosis.1Depending on the intended downstream application of the purified exosomes, further steps may be taken to remove contaminants from the purified exosome sample. For example, it has been demonstrated that exosome preparations generated with an iodixanol density gradient achieve high purity, as evidenced by enrichment of the exosomal marker CD63 and absence of contaminating proteins, like extracellular Argonaute-2 complexes.6 A common method for estimating the amount of contaminating protein is by comparing the ratio of nano-vesicle counts (obtained through vesicle visualization technologies such as the NanoSight platform) to protein concentration (obtained with colorimetric protein assays such as the BCA assay).7 The presence of contaminating proteins alters this ratio and can therefore provide an estimate of the purity of the exosomal sample. It has been reported that samples with ratios greater than 3 x 1010 particles per µg protein are considered highly pure, while ratios of 2 × 109 to 2 × 1010 particles per µg protein are considered of low purity.7 When developing an isolation protocol, it is recommended that the sample be evaluated and optimized for not only the presence of exosomes, but also for the absence of contaminating factors.

Several common strategies are used to ascertain exosome quantity and purity, and further for further characterization of vesicles following purification.5 Dynamic light scattering (DLS) analysis, when used in concert with analytical ultracentrifugation, selectively enriches for exosomes within a particular size range, based on their light scattering signatures. Mass spectrometry may be used to identify protein cargo in exosomes, and determine whether the sample may contain protein aggregates or other contaminants.5 Electron microscopy can be used to visualize vesicle morphology and size, and when used in combination with immuno-labeling, specific features of exosomes, such as surface proteins.1 Conventional Western blotting may detect the presence of certain proteins in the sample, but cannot determine exosome quantity. Other techniques that have been used to assess the quality and quantity of exosome preparations include: atomic force microscopy, optical single particle tracking, flow cytometry, and resistive pulse sensing.1

A number of exosomal markers have been identified and used to confirm the presence of exosomes in preparations.8 Common protein markers include Alix, TSG101, CD9, and CD63, and other proteins thought to be enriched in exosomes include DIP2B and members of the 4-transmembrane protein family.2 However, not all exosomes contain these proteins. The online database ExoCarta (http://www.exocarta.org/) is a tool to help researchers identify and characterize exosomal cargoes. The database contains proteins, RNA sequences, and lipids that have been identified in specific exosomal preparations. Ultimately, identification of protein markers from tumor-derived exosomes, for example, may be used to develop clinical diagnostic testing for tumors in patients.
Standardization of exosome isolation and characterization is an essential step for reliable and reproducible results from assays and other downstream applications, including clinical and therapeutic applications. The myriad sources of exosomal collection, as well as the variety of isolation techniques, has presented many challenges to standardizing protocols and obtaining consistent and reproducible results.1 Learn how workflow automation can help improve exosome isolation and characterization.