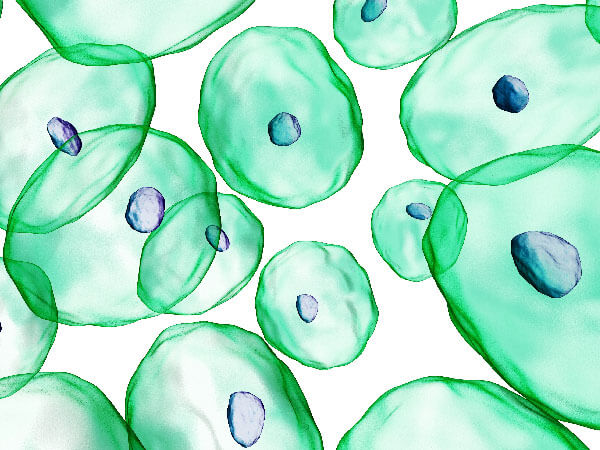 Exosomes are small vesicles (typically 30-120 nm), formed through the inward budding of endocytic compartments and secreted through fusion of these vesicle-containing endosomes with the plasma membrane. Exosomes are secreted by most cell types and may be found in bodily fluids such as plasma, urine, saliva, serum, and cerebrospinal fluid.1 Increasing evidence suggests that exosomes play an important role in cell-to-cell communication through the transport and delivery of cellular components such as lipids, proteins, and nucleic acids.

Exosomes have gained a considerable interest recently as potential biomaterials for drug delivery. First, because exosomes contain endogenous cellular components, certain exosomes may be equipped to target particular cell types and tissues, enabling them to overcome biological barriers, like the blood brain barrier. Secondly, owing to their endogenous origin, exosomes are less likely to be immunogenic or cytotoxic than other synthetic delivery systems. Finally, the lipid bilayer of exosomes may protect the drug from rapid blood clearance, and may reduce cytotoxicity associated with off-target drug effects.

The intrinsic characteristics and components of exosomes make them an ideal candidate for drug delivery.2 Exosomes are large enough to avoid rapid renal clearance, yet small enough to escape uptake by the reticuloendothelial system. Small nanoparticles like exosomes (typically 10-100 nm) preferably accumulate at solid tumor sites due to leaky vasculature and abnormal lymphatic drainage, making them an attractive candidate for drug delivery in cancer certain types of cancer.3

Like other vesicles, exosomes are composed of a lipid bilayer, which forms an aqueous inner compartment and lipophilic outer layer. This structure enables the loading of both hydrophobic and hydrophilic materials into exosomes. Although exosomes vary widely in the type and amount of cellular components they carry, certain lipids, proteins, and nucleic acids appear to be more common than others. Exosomes contain high amounts of cholesterol, sphingolipids, phosphoglycerides, ceramides, and saturated fatty acid chains,4 and the incorporation of these rigid molecules appears to contribute to the stability of exosomes.

A variety of both membrane-bound and intracellular proteins can be found in exosomes. The most common of these include membrane transport and fusion proteins, major histocompatibility complexes, heat shock proteins, tetraspanins, proteins of the endosomal sorting complex required for transport (ESCRT) complex, and lipid raft-associated proteins.2 Exosomes also contain an enrichment of proteins specific to the cell type from which they are secreted. For example, exosomes derived from dendritic cells are enriched with heat shock cognate protein (hsc73), a protein which may play a role in the anti-tumor effects observed with dendritic cell-derived exosomes.5

Exosomes also contain nucleic acids, including microRNA, non-coding RNA, and messenger RNA. Interestingly, these RNAs can either be found inside the aqueous compartment of the exosome or tethered to the outside of the exosome by the argonaute2 protein.6 Certain microRNAs may be targeted and packed into the exosome by a protein that recognizes short motifs in the RNA,7 suggesting that RNAs may be selectively packaged into exosomes.

Since exosomes are released by a variety of cells types, a number of options exist for the selection of a donor cell from which to isolate exosomes. Two important factors that play a role in the selection are biological properties of the exosomes and yield of exosomes from the specific cell type. For example, it has been shown that dendritic cell-derived exosomes stimulate stronger antitumor immune responses than EG7 tumor cell-derived exosomes, suggesting that dendritic cell-derived exosomes contain more molecular factors that can stimulate T cell proliferation and differentiation or interact with T cells more efficiently than tumor-derived exosomes.8 Another factor in exosome donor cell selection is the amount of exosome released by a particular cell type. Mesenchymal stem cells have been identified as a particularly promising cell type for many reasons among which are their high production of exosomes, ease of isolation, ability to expand to large scale cultures,9,10 and promote cell survival.11,12

Ensuring the purity and abundance of exosomes, whether from cell culture media or from bodily fluids, is critical for the development of exosome-based drug delivery. Typically, exosomes are purified using differential centrifugation and their yield measured through various methods of protein determination.13 Other alternative strategies include filtration, immunoaffinity isolation, and microfluidic techniques that rapidly isolate exosomes for structural and physical analysis, however, it is not clear whether exosomes purified using these new techniques would be viable for therapeutic delivery.

Therapeutic agents have been loaded into exosomes both using in vitro14 and ex vivo15 techniques. Several ex vivo techniques, including freeze thaw cycles, saponin permeabilization, sonication, and extrusion procedures, have been used to load drugs into exosomes, and the structure and activity of the drugs have been maintained after exosome loading. In addition, it appears that exosomes are stable when stored from -20⁰C to -80⁰C and when subjected to multiple freeze-thaw cycles.2