Skin is the Largest Organ of the Human Body

The body’s skin is its largest organ. It—along with nails, hair, oil/sweat glands— make up the integumentary system, i.e., the set of organs that form the outermost layer of the body. 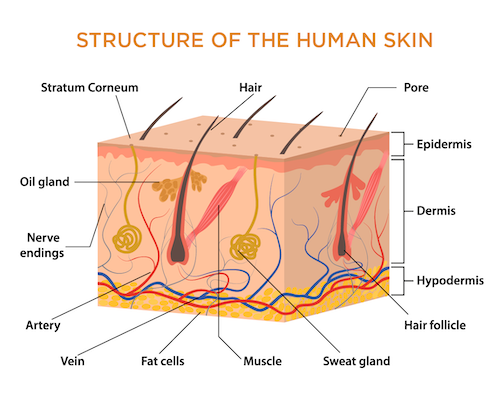 The severity of skin diseases and conditions varies. Some are long-lasting, some are temporary and some can be life-threatening.

Skin cancer is one of the most common cancers in the United States,2 and current estimates indicate that one in five Americans will develop skin cancer in their lifetime.3

Skin cancer is a rapid, abnormal growth of cells in the epidermis. It’s caused by unrepaired damage to the DNA that triggers mutations and multiplies skin cells, ultimately resulting in the formation of malignant tumors. The main cause of skin cancer is overexposure to harmful ultraviolet (UV) rays.

While skin cancer is the most prevalent of serious skin diseases and conditions, there are several rare yet just as serious conditions that can have life-altering impacts.

Five of these conditions are:

Dermatology is the branch of medicine that deals with the skin. Dermatologists are skin surgeons and medical doctors who specialize in the study, diagnosis and treatment of conditions associated with the skin, nails and hair. 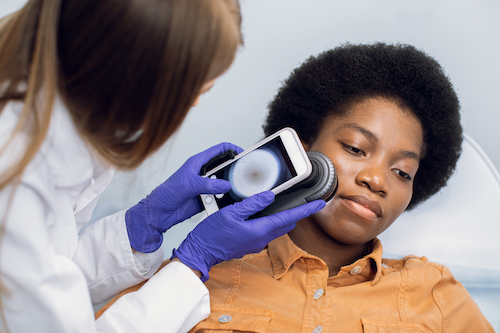 As with all other fields of medicine, dermatology is also continually evolving thanks in part to technology. Digital dermatology has found a role in almost every aspect of dermatology4 and is revolutionizing the way that conditions are discovered, diagnosed, treated, and even prevented.

Mobile health apps are an important part of digital dermatology. In fact, a total of 526 dermatology mobile apps were found corresponding to an 80.8% growth in dermatology apps since 2014 and the market share of teledermatology increased from 11.0% in 2014 to 20.1% in 2017.5

These apps are used around the world and make it easier, faster and more convenient for people to do a number of beneficial things, including: