Demonstrated that DNA was present in both animal and plant cell nuclei - developed a stoichiometric procedure for staining DNA involving a derivatizing dye, (fuchsin) to a Schiff base

1941 -  Demonstrated that "nucleic acids, far from being waste products, were necessary prerequisites for the protein synthesis in the cell (published in Naturwissenschaften in January 1941) and that they actively participated in those processes." 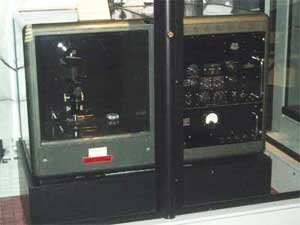 1950 - Demonstrated that both DNA and RNA increase in actively growing cells famous monograph in 1950 "Cell Growth and Cell Function" described nucleic acid and protein metabolism during normal and abnormal growth. These studies were made using a Cadmium spark source for a UV light, and primitive electronic circuits for detection of signals. Used Feulgen stain to stain nuclei.

Manuscript: Torbjorn O. Caspersson, History of the Development of Cytophotometry from 1935 to the present in Analytical and Quantitative Cytology and Histology, pp2-6, 1987.

1943 Landmark monograph: Diagnosis of Uterine Cancer by the Vaginal Smear. Authored by George N. Papanicolaou (an anatomist) and Herbert F. Traut (a gynecologist).

Success of the Pap Smear

1941 26,000 deaths per year in the United States due to cancer of the uterus as reported by Papanicolaou and Trout. 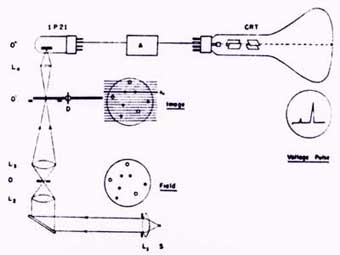 1996 4,900 estimated deaths per year in the United States due to cervical cancer with nearly a 2-fold increase in population in the intervening half century. At least half of these deaths are women who never had a Pap smear.

Demonstrated that DNA was the carrier of genetic information. 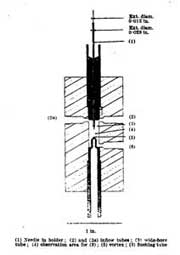 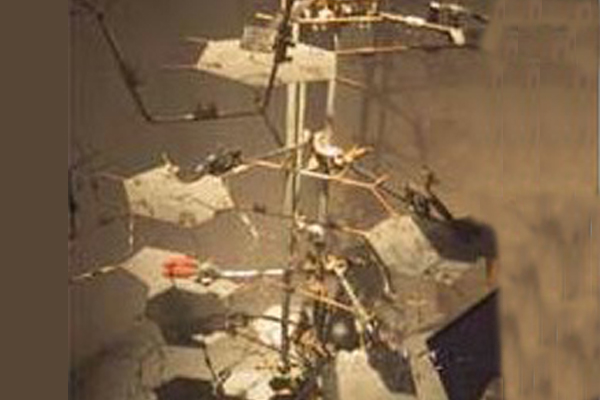 This is a picture of part of the original model built by Watson and Crick at Cambridge in 1953. The work which began with Avery's identification of DNA as the "transforming principle" thus led to research that overturned the old conception of DNA as a repetitive and simple molecule, confirmed DNA's role in genetic transmission, and, with James Watson and Francis Crick's 1953 paper, elucidated its structure.