The R Console plugin allows you to: 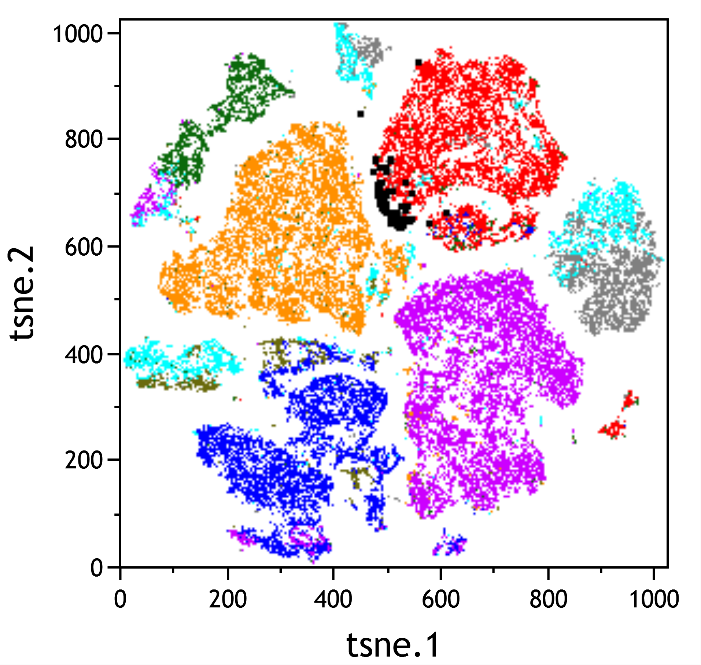 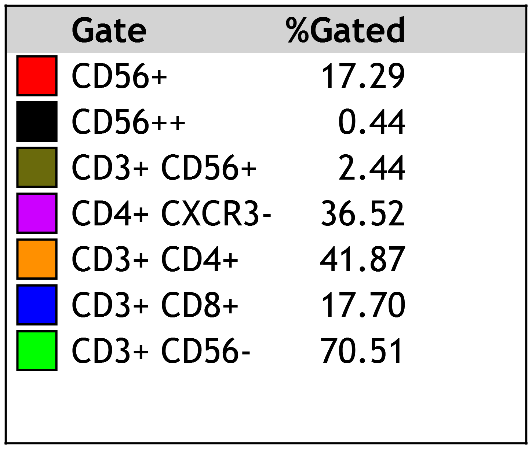 16-color immunophenotyping data was pre-gated by doublet exclusion and identification of viable lymphocytes. A t-SNE (t-distributed stochastic neighbor embedding) algorithm was applied to the data using the Kaluza R Console plugin and a new fcs file with embedded t-SNE calculated Parameters was generated. Populations in the t-SNE plot were identified by backgating and CD56++ visualized as rare events in Kaluza Analysis. 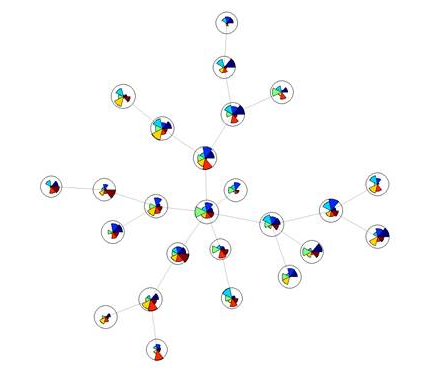 The FlowSOM algorithm was used for hierarchical cluster analysis of an exemplary data set using the R Console plugin. The resulting self-organizing map is shown as star chart.